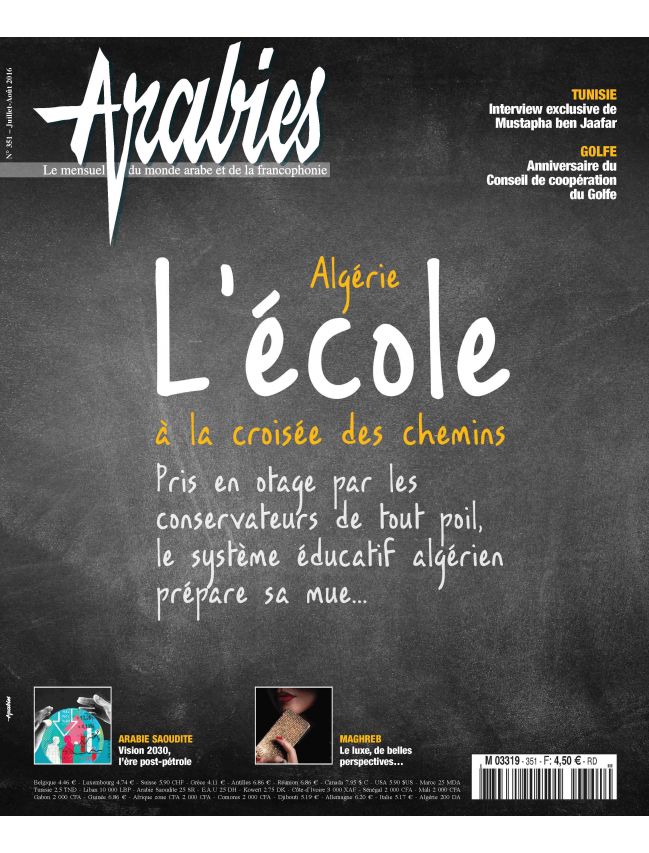 Published in 1987 in Paris, Arabies is the leader magazine of the Maghreb news. More than just a simple magazine, Arabies is a informative and influencial magazine in the arabe world. Arabies shapes the point of view of international and arabe organizations about thearabe country news. Since it's publisheded, Arabies has interviewed more international and arabe country presidents, political leaders, economic leaders, experts, than any other magazine focusing on arabe world. By combining the politique, economic and cultural news, Arabies aimes at the high level leaders. vise les fonctionnaires de haut niveau et les hommes d'affaires. It focus on the Algere; the Maroc and the Tunisi but alsot un touching news in the rest of arabe world.

Advertise with the best rates on magazine Arabies

Our dedicated team of media expert will take care of quote request as soon as we receive it. We will negotiate on your behalf directly the best advertising rates with the media you requested. Within 24 hours, you will receive your quotation at the best negotiated rate possible. Feel free to reach us if you need any help or if you need additional media advice.
Family press
News
Cover
United Arab Emirates
Frequency
Montlhy
Language
French
Age
35-49, 25-34, 50-64
Public
Men
Social class
AB+
Reader's interests
Politics
Target
B2C
Continent
Asia
Search in progress