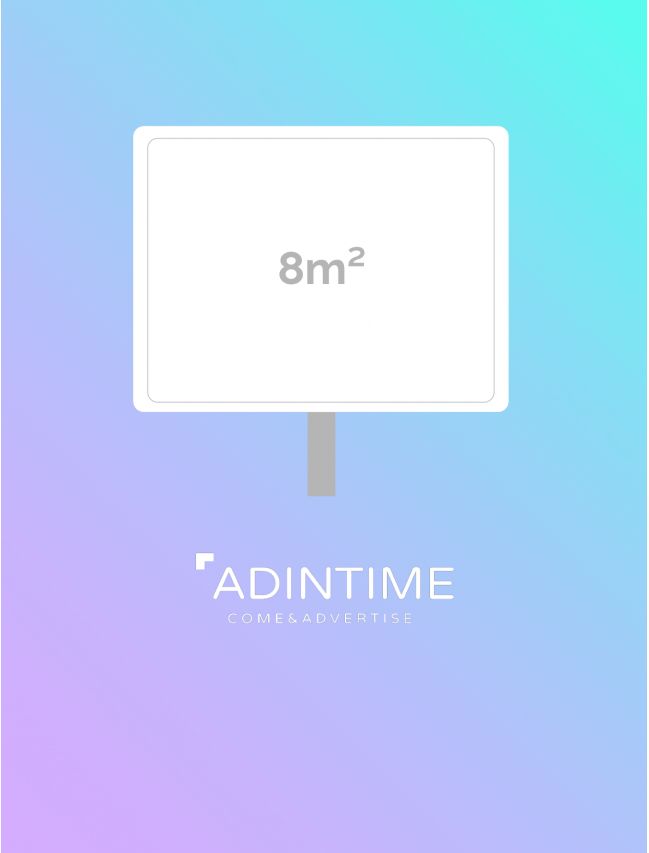 Out of home Custom B2B B2C

Ask for a quotation

This type of advertising with the 8m2 format is very much used to direct and signal the access of a sign to motorists. It is also an excellent device for building brand awareness locally and over the long term.

The billboards are located in the following towns:

What is the price of a long term billboard in Rennes?

Depending on the duration of the commitment, the price of a permanent billboard can vary greatly. However, in the city of Rennes and its neighbouring towns, you should expect to pay between €1,900 and €3,200 (excluding VAT) per year for a billboard. Technical costs for the production and installation of the billboard are added to the price of the advertising billboard.

Request a quote to obtain all the information on the prices, specificities and locations of these permanent advertising panels.

Our dedicated team of media experts will take care of your quote request as soon as we receive it. We will negotiate on your behalf directly to the media you requested with best advertising rates. Within 24 hours, you will receive your quotation at the best negotiated rate possible. Feel free to reach us if you need any help or if you need additional media advice.

The advertising panels are visible in the Q-Park car park at the port. The direct proximity of the Stade de la Rabine, the marina and the 24-hour opening of the car park offer you maximum visibility to an urban target group moving around the centre of Vannes. Choose from among the 10 locations, the panel that best meets your needs. All these posters are...
View

The dynamic billboard, also known as a digital billboard or DOOH, is a billboard with a screen that allows 10-second advertising clips to be played. This type of billboard is ideal for creative, flexible and innovative communication. The billboard network is made up of 5 digital screens located in the towns of Rennes, Cesson Cevigné, Vezin Le Coquet and...
View
Tap to zoom