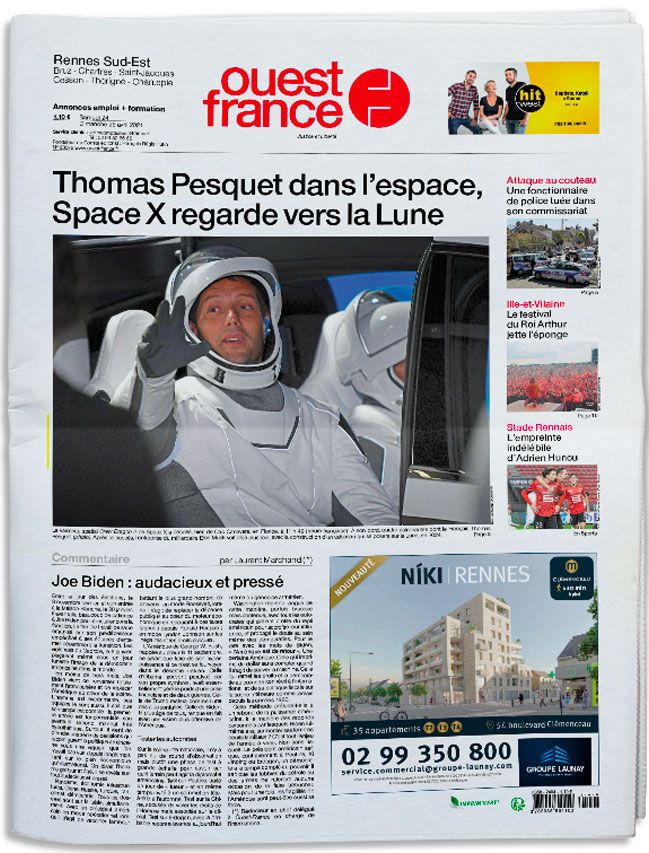 Quote requests are not yet available for this media. See more media in the same category

Ouest-France: French for West-France is a provincial daily French newspaper known for its emphasis on local news and events.

The paper is produced in 47 different editions covering events in different French department within the régions of Brittany, Lower Normandy and Pays de la Loire.

Its readership has been unaffected by the decline of newspaper reading in France, unlike most other dailies. With 2.5 million daily readers, it is the most read Francophone newspaper in the world, far ahead of French national newspapers such as Le Figaro and Le Monde.

Advertise with the best rates on Ouest France

Our dedicated team of media experts will take care of your quote request as soon as we receive it. We will negotiate on your behalf directly to the media you requested with best advertising rates. Within 24 hours, you will receive your quotation at the best negotiated rate possible. Feel free to reach us if you need any help or if you need additional media advice.

Presse Océan is a French regional daily newspaper, sold in the west of France, more precisely in the Pays de la Loire region. It is one of the flagship newspapers in the Loire-Atlantique region of the SIPA - Ouest-France group. Amongst all its audiences, reach your useful target! For your local communication, the newspaper offers advertising inserts to...
View
Daily
Local Régional

Le Maine Libre is a French regional daily newspaper, sold in the west of France, more precisely in the Pays de la Loire region. It is one of the leading newspapers in the Sarthe region of the SIPA - Ouest-France group. It is divided into three editions (Grand Mans, Haute Sarthe, Sarthe Loir) to disseminate local, regional, national and international news...
View
Daily
Local Régional 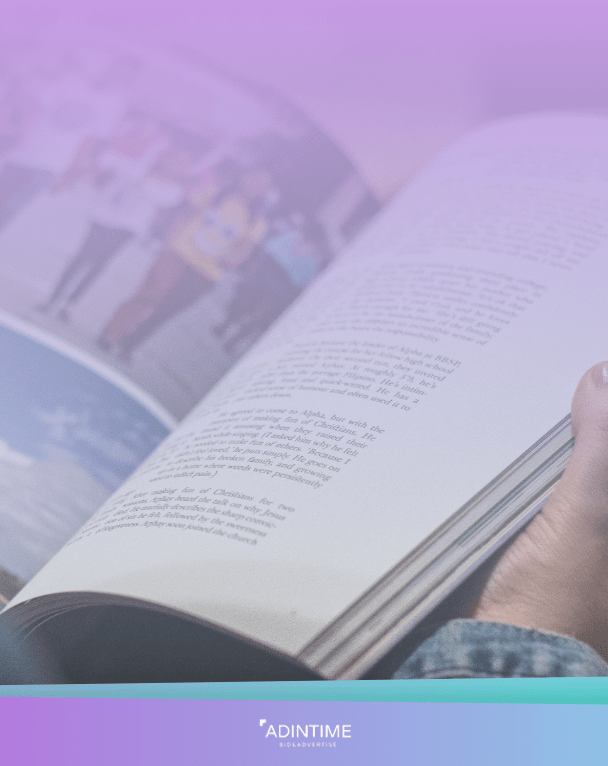 Newspaper covering local news in Vendée. Economics, politics and culture. All news from the region, articles on local merchants, interviews with citizens of the region ...
Weekly
Local Press

Le Courrier de l'Ouest is a news paper covering local news in Maine-et-Loire and Deux-Sèvres. The newspaper is part of the SIPA Ouest France group. It has sections on economics, politics and culture. The newspaper reports all the news of the region, articles on local traders, interviews with citizens of the region. It is one of the leading newspapers in...
View
Daily
Local Press
Local Régional

Newspaper covering Mayenne departmental news. Economics, politics and culture. All news from the region, articles on local merchants, interviews with citizens of the region ...
Weekly
Tap to zoom

On thousands of media

On thousands of media

Ouest France is a French daily newspaper broadcast from Monday to Saturday in 53 local editions spread over 13 departments located in Brittany, Normandy, the Pays de la Loire and Paris. Including the Loire newspapers such as: Le Courrier de l'Ouest, Le Maine-Libre and Presse Océan. The group also has a multitude of local weeklies, such as the weekly Le Marin, managed by its subsidiary Publihebdos. Since 1975 the group has not ceased to develop its skills and know-how both from an editorial and advertising point of view. In addition to all of its press editions (print and digital) Ouest France has grown and now offers billboard and radio services. There are thus many communication opportunities, allowing advertisers to advertise in the Ouest France newspaper as well as on its other media.

Ouest France is the most widely distributed daily in France with nearly 650,000 copies distributed per day, representing around 3 million readers per day through all of its paper editions. Radiation synonymous with visibility for advertisers wishing to advertise on the Ouest France newspaper. The print editions of the Ouest France group represent 49% of the assets of the departments in which the editions are distributed, including 21% of CSP +.

The group is also not left out in its digital editions, since the Ouest France website is ranked 8th in the ranking of the most viewed news media sites in France (this represents nearly 97 million visits per month) . Developed and efficient spaces that are just as relevant for advertising on the Ouest France newspaper in digital. Regarding the targets affected by these supports, the Ouest France group reaches the entire population in equal parts and performs on the \"active\" target with nearly 73% of the target affected and 42% of the CSP +

We thus offer advertisers via this product sheet to communicate in the area of ​​their choice for an appropriate and impactful speech on a powerful title whether it is advertising on the newspaper Ouest France in print or digital edition.